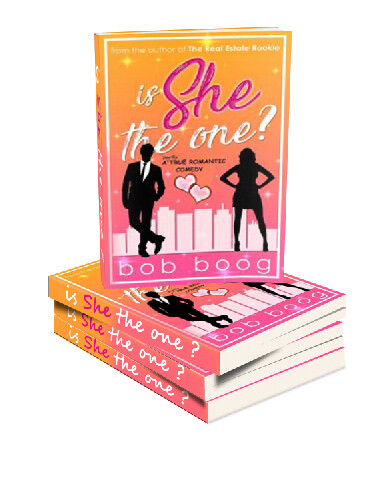 Ever wonder how people know when they have met *the ONE*? That is what this book is about.

Bob, a Los Angeles real estate agent is at the point in his life where he wants to meet *The One*. But he hasn’t had much luck thus far. He finds himself mulling over what exactly he might be doing wrong, what he may do to turn his luck around, and lastly, how in the world will he know when he finally meets that one special girl?

An encounter with a psychic who tells him "You will meet her soon" fuels his desire, so much more, leaving him ever so determined to meet his soulmate. This event sets him off on a journey filled with hope, disappointment and a ton of hilarious moments.

Will Bob ever get it right and meet *The One*?
“True love comes in quietly – like fog.”
“I want to have a meaningful relationship with a girl, not a crummy one-night stand!”
“Aw, don’t sweat it, Bob. You won’t be single forever,” his friend Joel remarked, “Just think about it. One day you’ll be dead!”

Save this product for later